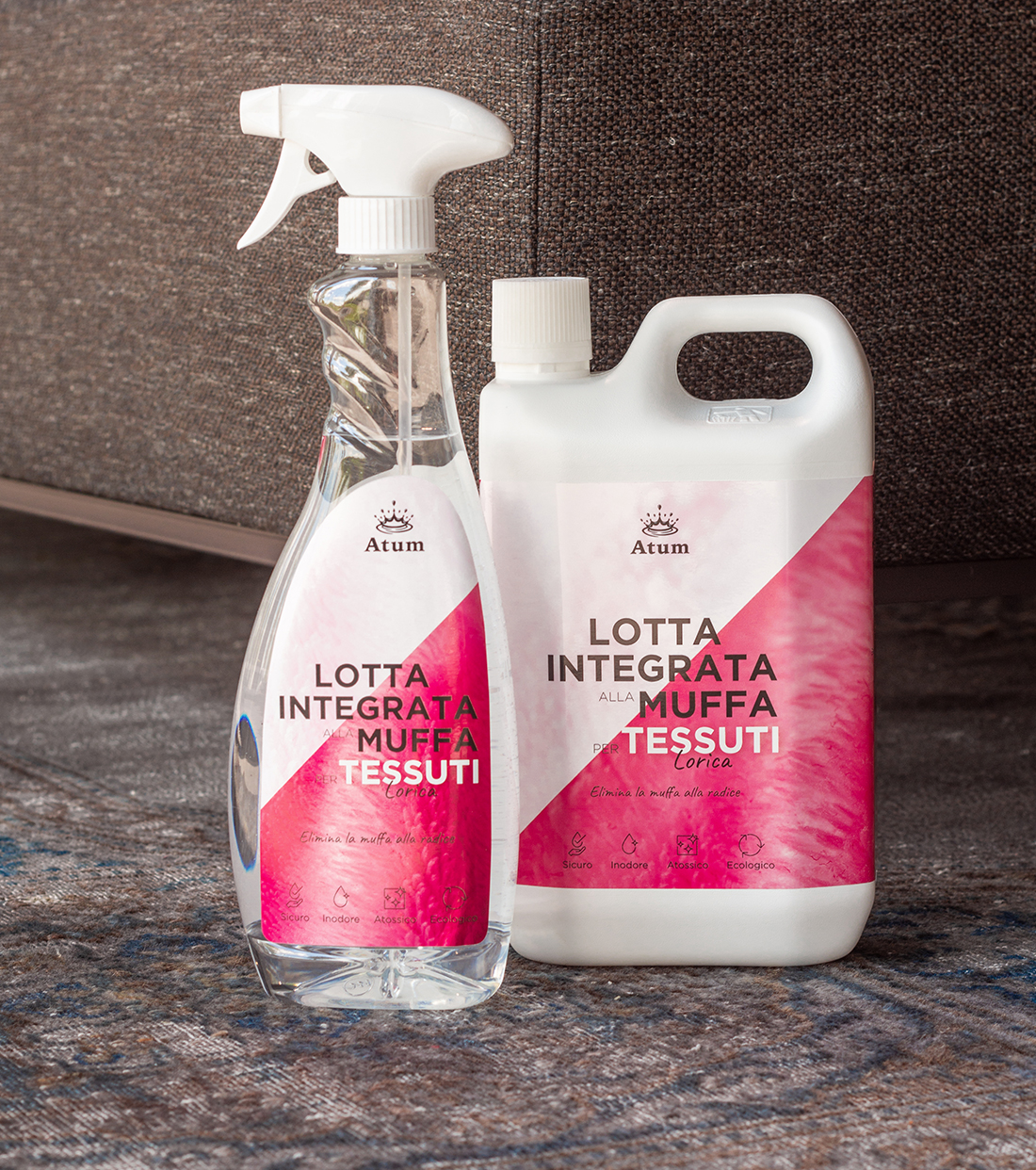 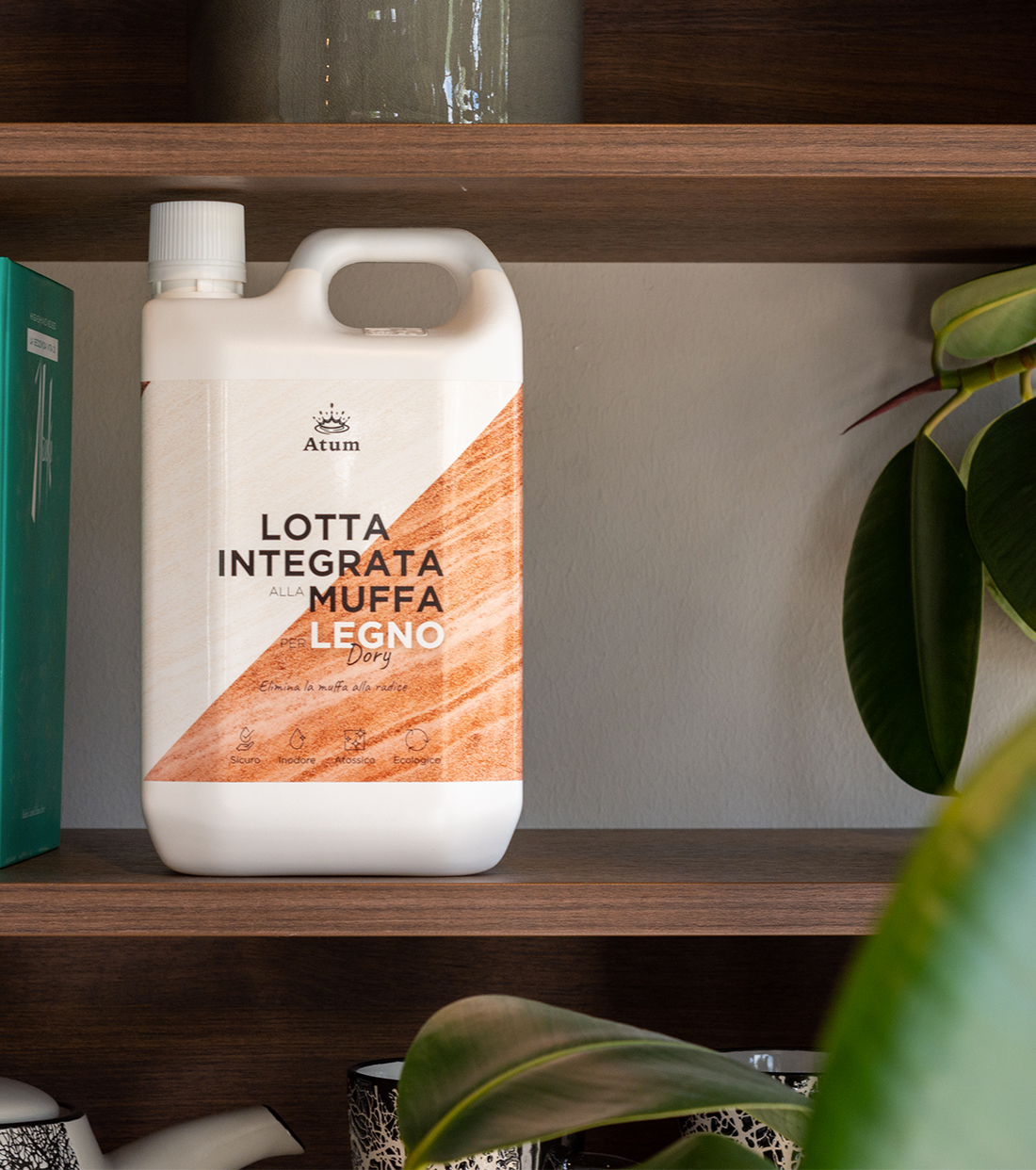 How many traditional
anti-mould products are there on the market?

How many traditional anti-mould products are there on the market? Many and all of them make the same promises, which they then fail to keep. The mould come back, and you risk having an unhappy customer.  But wouldn’t be wonderful to be able to offer a product that, in addition to selling itself on its own, it respects its promises and makes your costumers happy?

If you are wondering why our Kit sells itself on its own, we repky with a few simple words, which make all the people who listen to them fall in love: safe, odourless, non-toxic and, ecological.

Atum products take over traditional and dangerous chemistry thanks to our innovative method of integrated mould control, which exploits the power of a natural fungus, an antagonist of mould.

Ease of intervention, long-lasting results, zero odours and zero toxic substances: therefore your costumers are going to be conquered by Atum product, making them happy and loyal buyers.

By recommending our integrated mould fighting method, you will be sure to meet the needs of your costumers with exclusive and high quality products , which will increase the prestige of your shop. 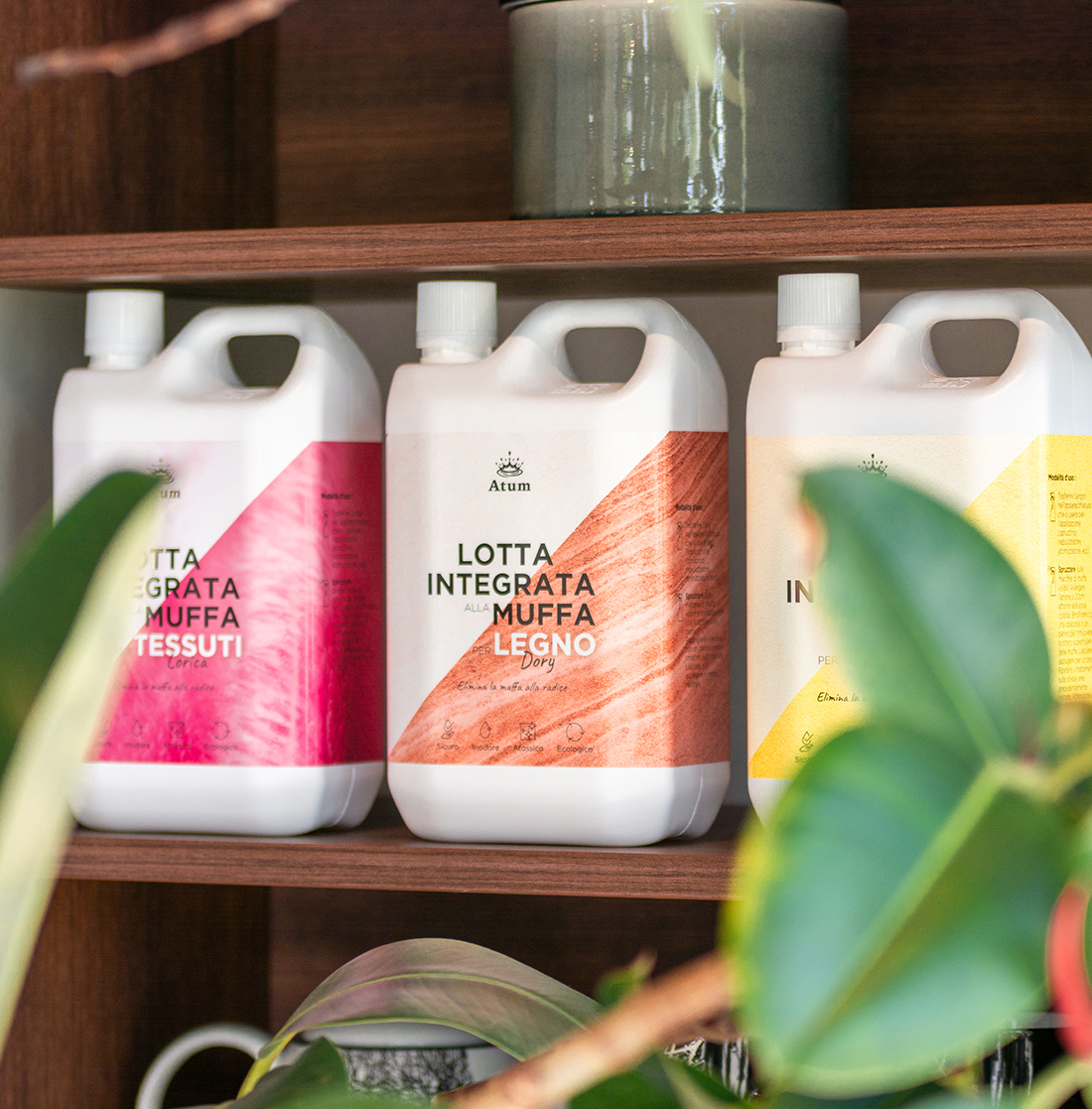 It is composed by the Antago and Dedalo products, as well as the brush and the protective mask. Antago acts on phase 1, affecting the patina of the mould and including the spores, while Dedalo purifies the walls, furniture, and fabrics in phase 2. It is suitable to be used independently in domestic environments. The Atum line for private costumers also includes other specific products, such as Sorgon, designed for walls, Dory for furniture, and Lorica for sofas, mattresses and fabrics in general.

The professional line is composed by Antago pro and Dedalo Pro, which are not sold as a Kit, but separately to guarantee the flexibility needed in terms of quantity. Every professional can request the quantity of product needed depending on the kind of construction site to intervene to. 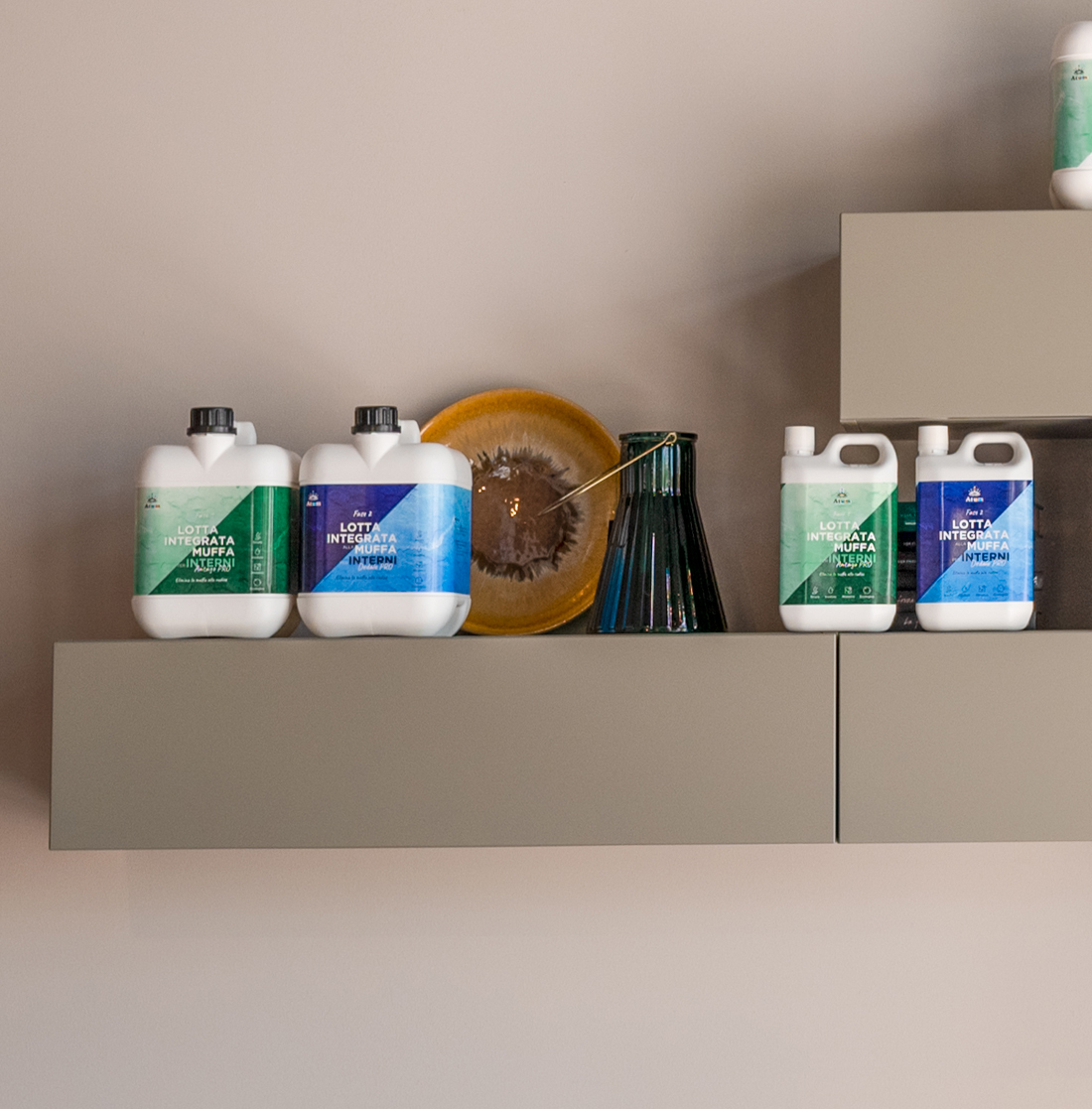 Atum products will not enhance your shop only in terms of product offerings, but also in terms of aesthetics. Our Company is set more on the positive of the products, but at the same time we know how important it is to welcome costumers in a pleasant and tidy place. That’s why we created an exhibitor that, in addition to being functional, is also a stylish design object which give a bit of colour to the surrounding environment.

The testimony of a professional 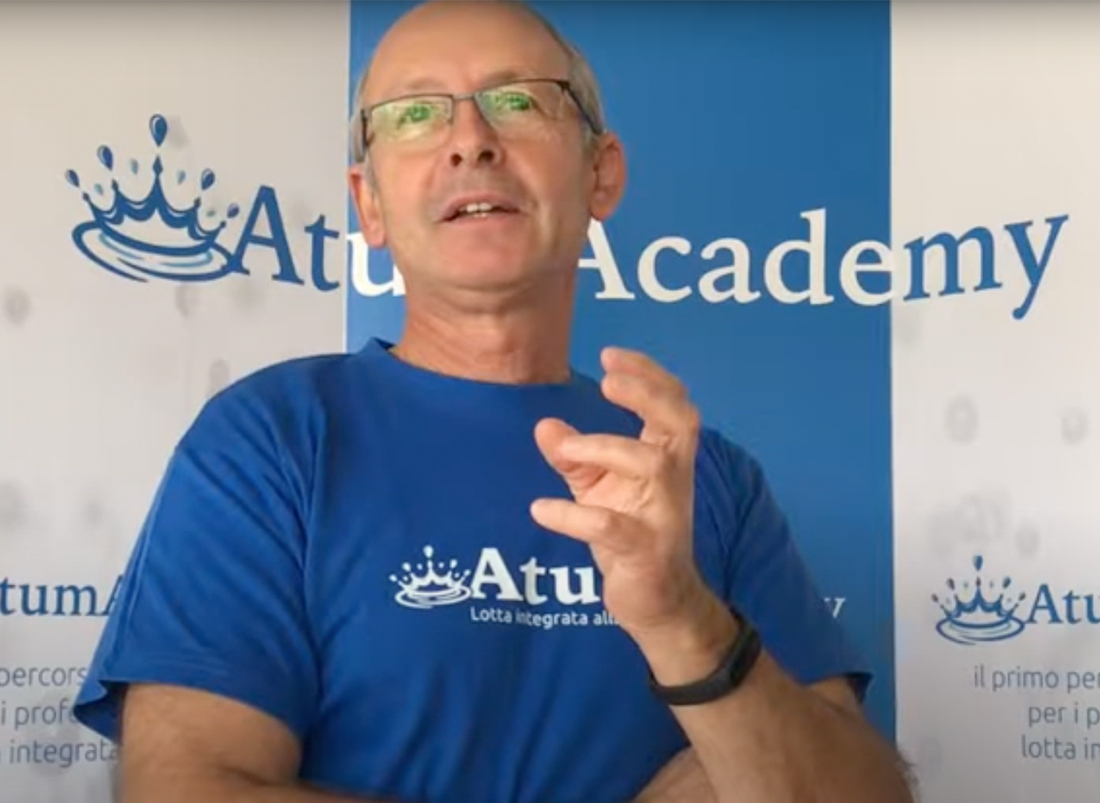 “I have no smell. I have no waiting time between the two treatments Antago and Dedalo. While in traditional treatments I have to wait 6 hours. With Atum I wait, instead, that it will dry up. Therefore I have no downtime. It is amazingly simple to use. Disarming I would say. There are no problems if the place has to be used by the owner”.

If you are
interested in adding Atum products and spreading out our message in your shop or Company. Become a retailer

Find your nearest
shop and retailer! Find it

Find
Back to top
Welcome
Atum Italia
In this space you can search for the dealer that suits you!
Find retailers