It is a
goodbye to mould in a natural and safe way. 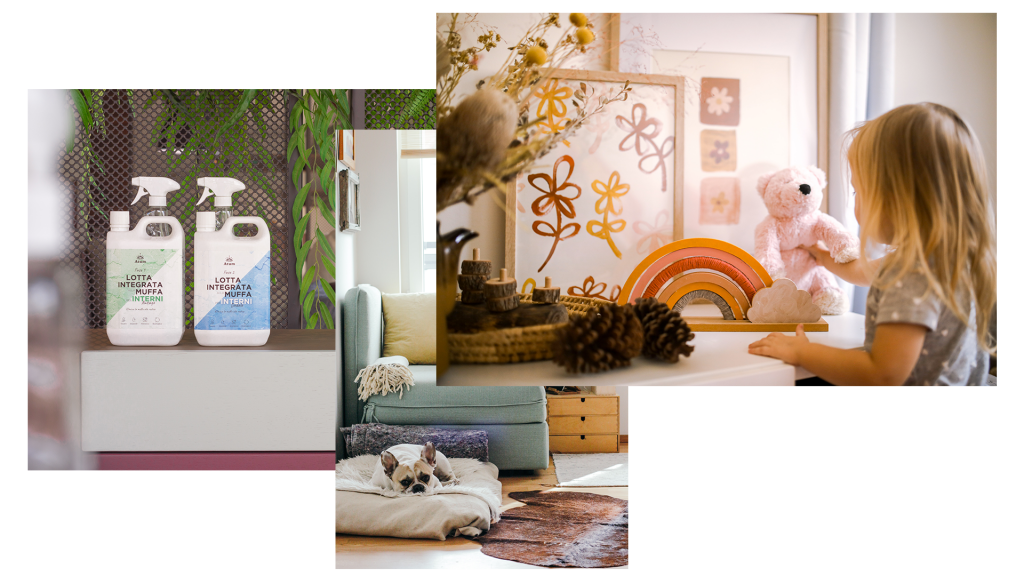 We believe that scientific research is the most powerful means we have available to change our lives for the better, and to meet the environmental challenges of the near future. It is in this spirit that, facing the ineffectiveness of traditional anti-mould products, being toxic to humans and polluting the environment, we faced the long phase of research that led to the creation of Atum products.

We could not accept the idea that the only way to deal with a problem like mould was to use products that created an even bigger one, besides that fact of not being decisive. This led us to study the behaviour of mould, to try to find the best way to fight it.

Thanks to the new technological tools, we were able to isolate a natural fungus, an antagonist of mould, which succeeds where chlorine-based products fail: it acts on the roots of mould and dissolves it. In the final stage of treatment, the product incorporates mould spores and purifies the environment. The action of the natural fungus is assisted by other 100% vegetable origin raw material, which undergo an innovative process of processing, which creates molecules harmless to humas, animals and the environment.

With Atum products, you can purify your home environments safely and naturally, always ensuring the health of you family.

Listen to the
advice of our experts

Go to the blog
Back to top
Welcome
Atum Italia
In this space you can search for the dealer that suits you!
Find retailers