More than a job, a mission

We do not only produce simple anti-mould products, but we offer support to families and the tools necessary to get rid of the mould problem. 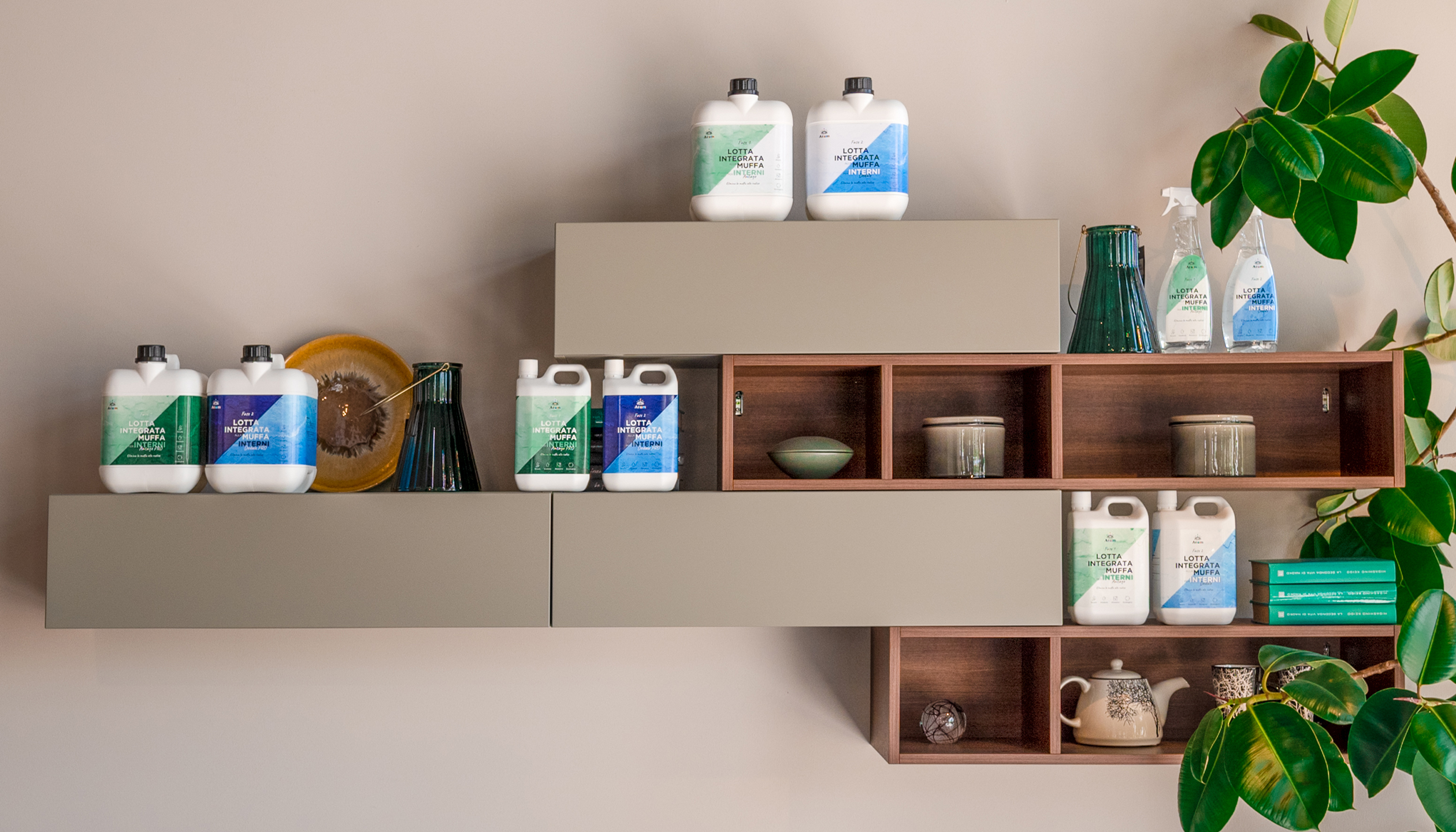 We believe in technological progress and environmental protection.

For many people, chemistry and environmental protection are incompatible concepts. We believe that ecological and effective chemistry is not only possible, but also the way to protect children and adults from the risks that traditional chemistry entails. For this reason, we are convinced that the technological progress is the key in order to guarantee to the families the safety of which they need and we are always at the forefront to make it accessible to our customers, with a line of performing, non-toxic and ecological anti-mould products.

We work in an ethical and transparent way

For us ethics and transparency mean responsibility towards our customers. Therefore, our commitment to offer families effective products and live up to their expectations is always constant. We are aware that our products are not simple chemical formulas, but tools to protect and maintain people’s health. When it comes to health, there is no room for improvisation. To those who come to us to solve a serious problem, we respond with all the professionalism and transparency of which we are able.

We believe in generosity and unconditional support.

Mould is for many only an aesthetic problem, but it is not so. Too many people risk their health every day because of mould, often without even knowing it. We really care about the well-being of families, and we want to support them in the fight against mould, because we know the damage that can do and how difficult it is to solve the problem without the right support. We offer this help in a generous and open way, especially because in most of the cases it is the children who pay the highest price. 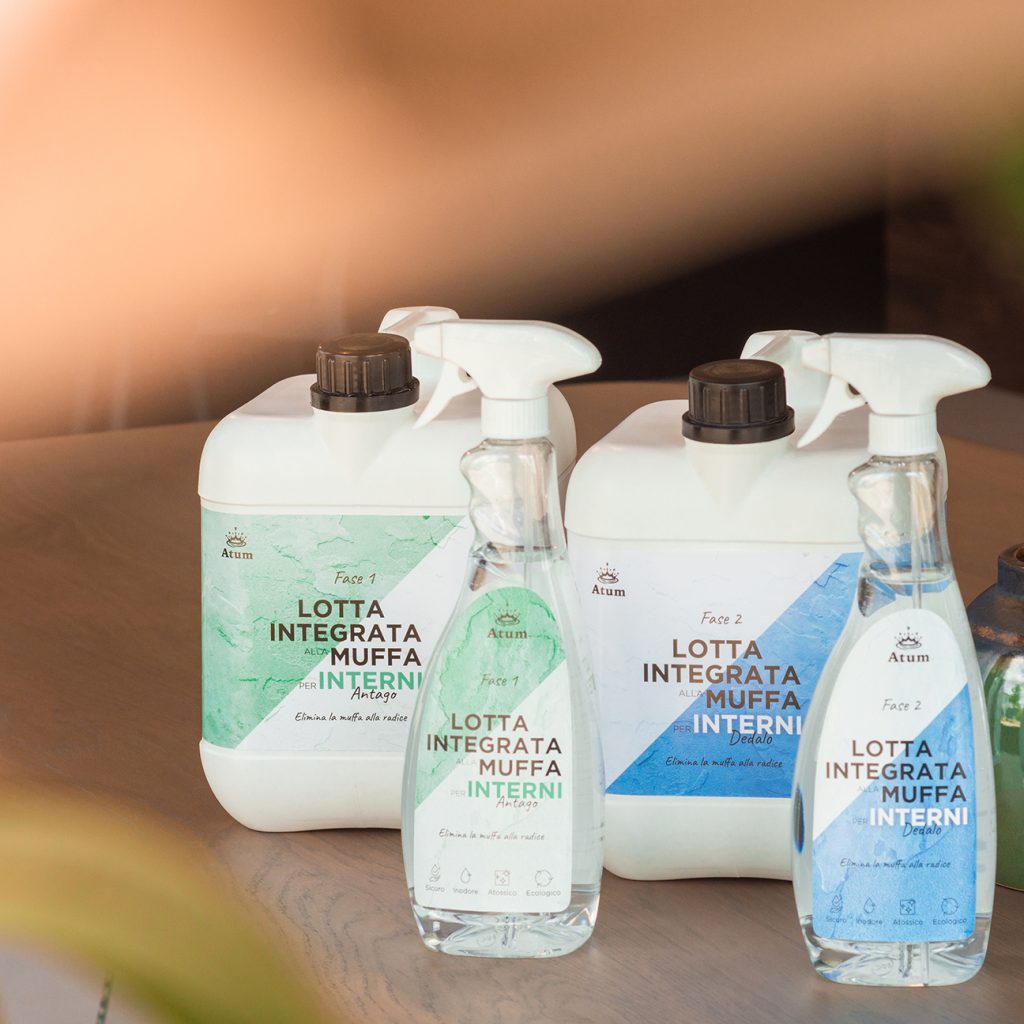 Atum and the integrated mould control

What do we mean by integrated mould control?  To explain our system, we were inspired by what happens in sustainable agriculture, where insects and pests harmful to crops, are countered through the use of their natural antagonists, without the use of toxic pesticides. Our products use the same principles. Mould is nothing more than a fungus that generates a real infection in our house. Throughout a research carried out in the best European laboratories, we were able to identify another natural fungus, an antagonist of mould, which is able to combat it by acting on the spore root. Traditional chlorine-based products can’t get that deep, but they can only get an aesthetic and whitening result on the wall, while the mould keep spreading undisturbed, even if we don’t see it. Here lies the real revolution of the Atum method. Without chemical components toxic for health and harmful for the environment, our products are able to get rid of mould permanently, by exploiting what nature has already made available to us.

Find out the Atum products. 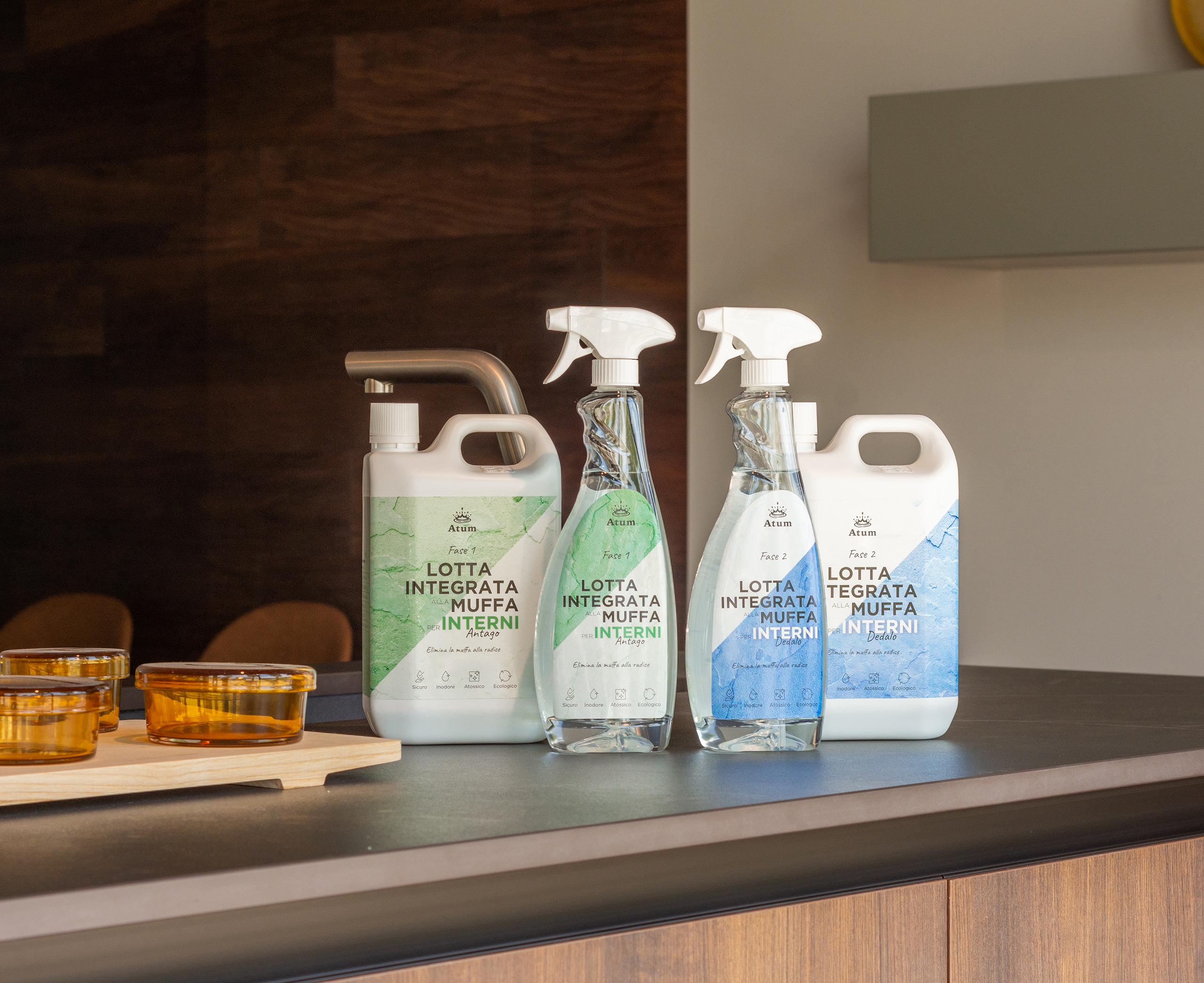 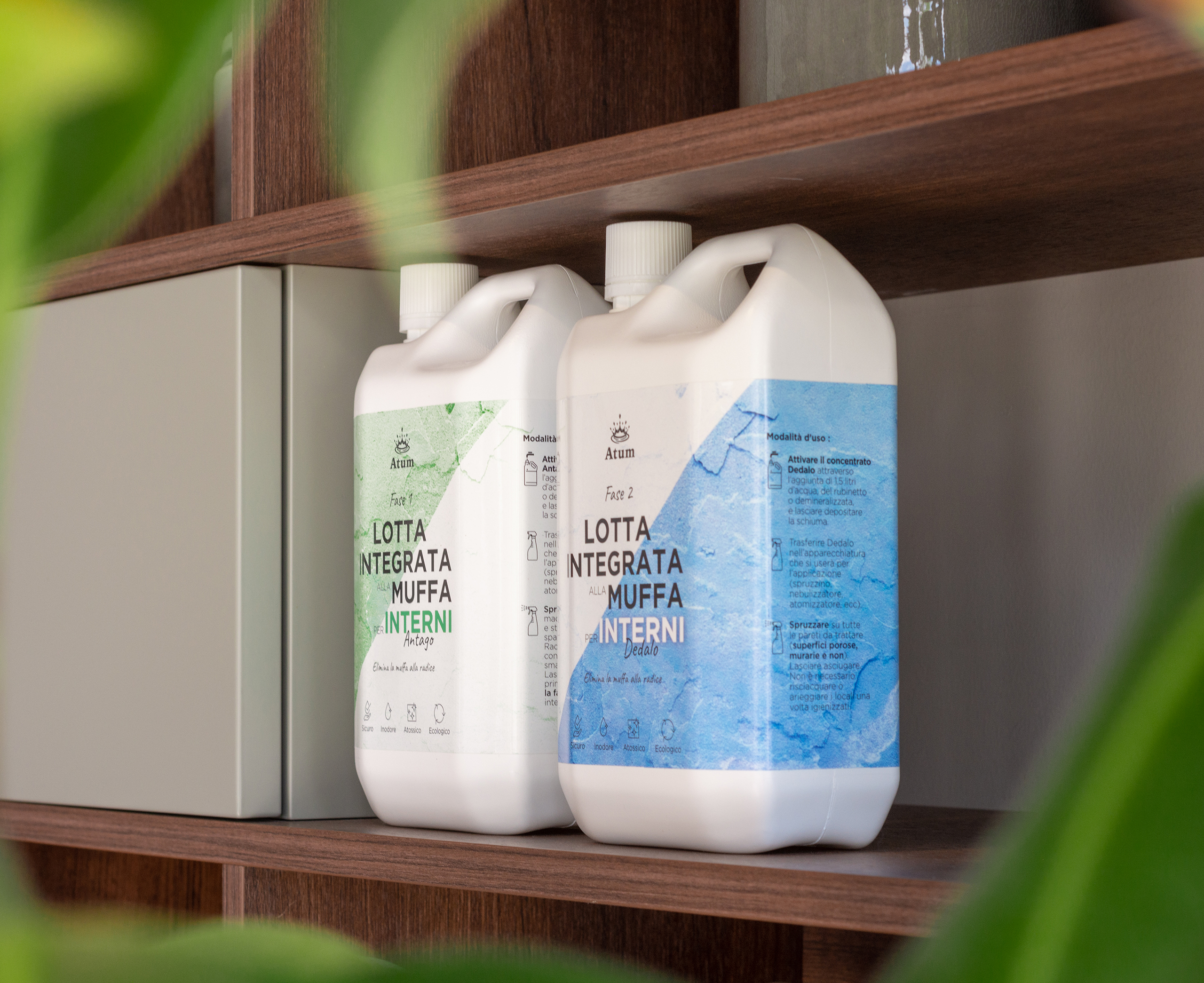 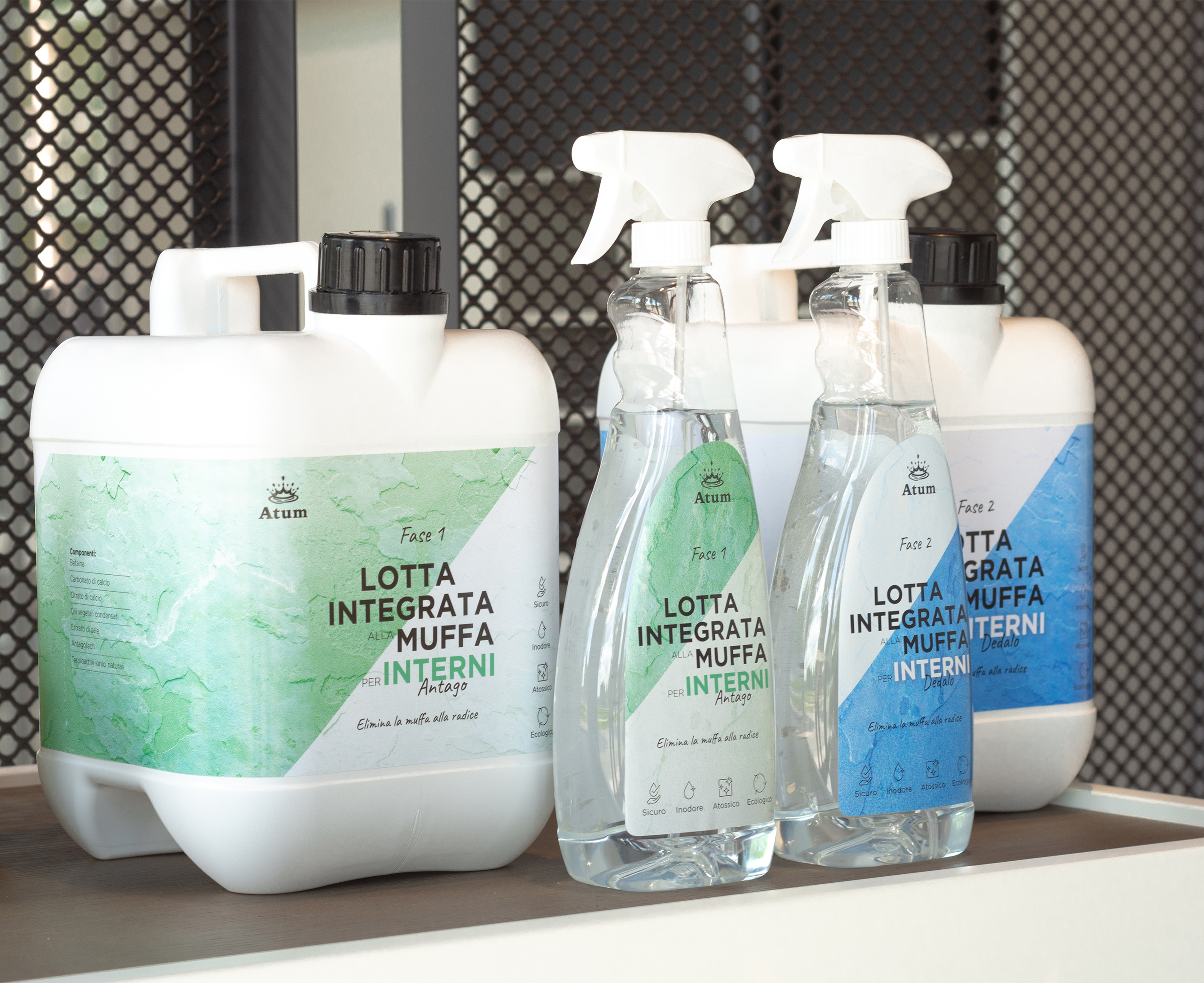 Back to top
Welcome
Atum Italia
In this space you can search for the dealer that suits you!
Find retailers